Over 700,000 Americans have devoted themselves to the police workforce, putting their lives on the line to protect and serve the citizens they represent.

Law enforcement officers are often the first responders in the face of an accident, emergency, or tragedy, yet despite their dedicated service, they often find themselves in a pay bracket below their counterparts in the business and health industries.

Take a look at our map below to see what police officers earn around the country and how their salaries compare to the cost of living in their respective areas. 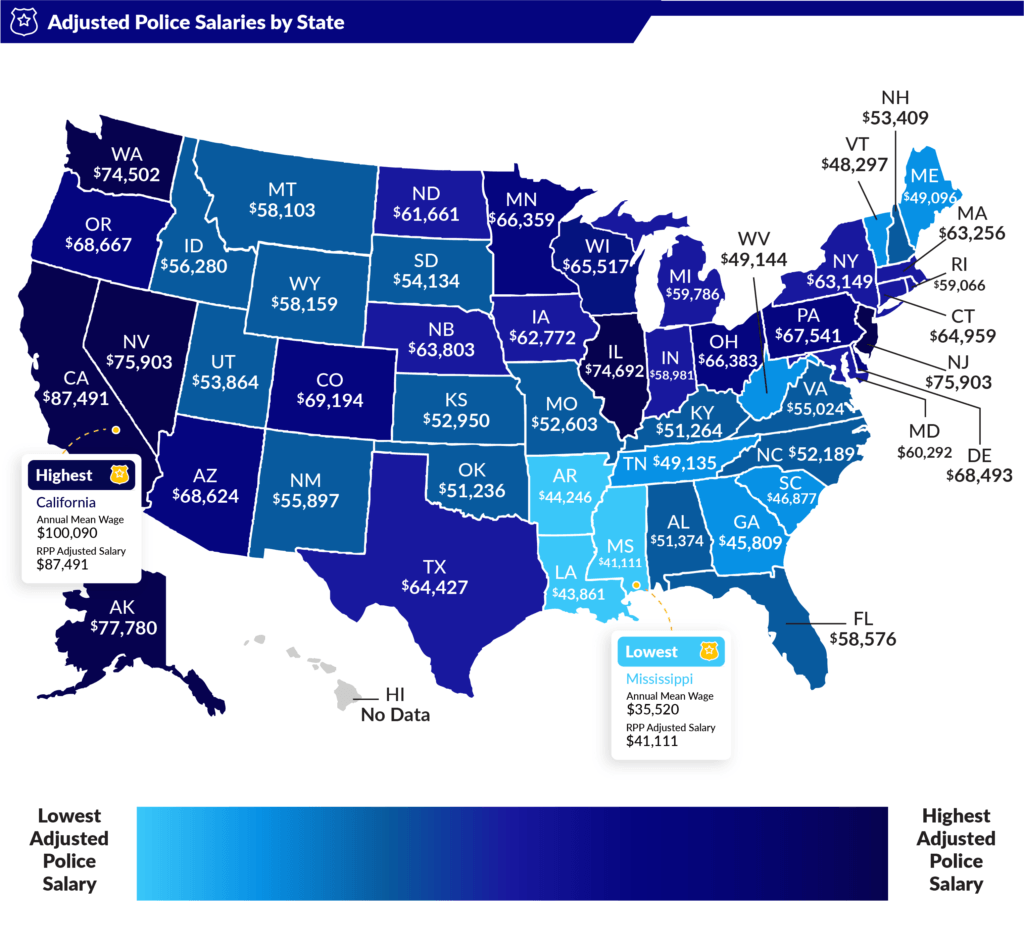 That gap wasn’t the only interesting thing we uncovered:

To gather the raw data for this analysis, we pulled salaries from the May 2017 Occupational Employment and Wages report, released by the Bureau of Labor Statistics for Police and Sheriff’s Patrol Officers. We then obtained Regional Price Parities (RPP), which measure the difference in price level between states and metro areas, from the Bureau of Economic Analysis. The adjusted salary numbers were calculated by dividing the annual mean salary by the price parity. The adjusted salary represents purchasing power based on the cost of living in each state.