Phobias are more than being scared of the dark or the occasional Daddy Long Legs. While fear is an emotional response, phobias produce anxiety strong enough to affect someone’s quality of life.

For instance, if you have a general fear of flying, you may pop some sleeping meds ahead of your trip or stock up on books or movies to keep your mind occupied. But if you have aviophobia, you might avoid flying altogether.

Each of us has something that gives us the heebie-jeebies. For Kendall Jenner, it’s small holes. For Howie Mandel, it’s germs. But what scares your neighbor the most? What are the people in your state most afraid of? 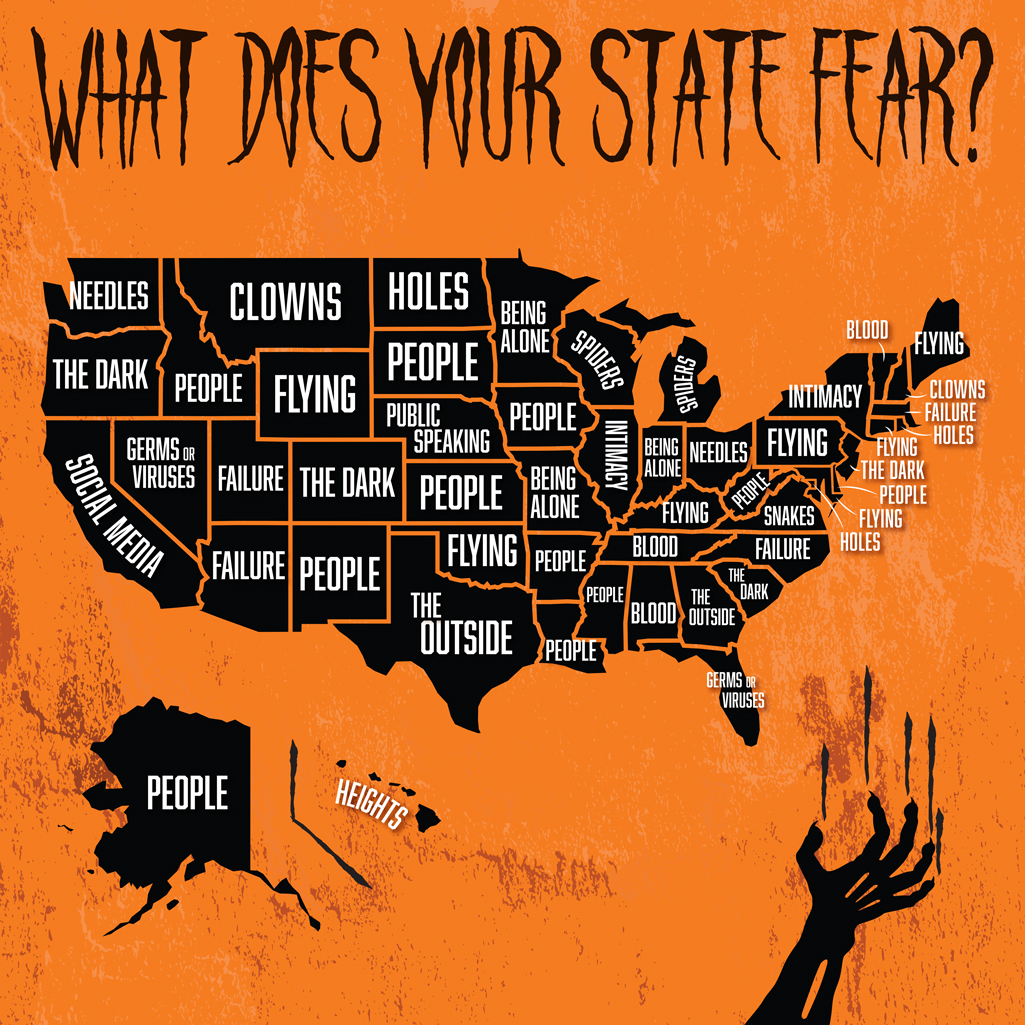 To find the most-searched phobia in each state, we analyzed the top fifteen terms from last year’s piece and added three additional new search queries that begin with the phrase “fear of.”

Note: fear of water was not included in our analysis this year since no state looked it up. We also rephrased searched queries for the following:

Protect Yourself from What Goes Bump in the Night

Armor up with ADT security cameras this Halloween to keep yourself safe from more than germs. Whether you leave a bowl out for trick-or-treaters or put up spooky cobwebs and black plastic bats, ADT-monitored home security systems can help you keep track of which goblins and ghouls walk by your front door.

What Is America Worried About? The Most Googled Safety Issues Fueling Your State’s Concerns